There have been many articles written, many words spoken and many hearts broken about an oversupply of doctors and the bid to have several health professionals removed from the “Skilled Occupation List (SOL)” identifying where Australia has a skills shortage.

Among those, which are nearest and dearest to our hearts, is General Practitioners.

The People team came together yesterday to discuss one of the more recent articles published in the Sydney Morning Herald on 7th January offering the view from names such as Dr Bastian Seidel, head of the Royal Australian College of General Practitioners and spokespersons from the former Minister for Health, Ms Sussan Ley and the health department.

Take a look at the article we mention HERE

We have identified a few key points in the article that we wanted to examine ourselves – just to check the figures. Facts are important in forming an opinion after all!

The article refers to the Skilled Occupation List (SOL), however Kellee Gray, Registered Migration Agent with People, advises that this list does not relate to the 457 visas’ that the article goes on to discuss. The 457 programme is based on occupations on the Consolidated Sponsored Occupation List (CSOL) which has not been mentioned in talks of removing GPs.

So, based on this knowledge, until they start referring to the CSOL – don’t panic.

With less doctors entering on 457 visas, the evidence does not back the claim.

If we return to what the article has described, the actual Skilled Occupation List, this relates to the Independent (Skilled) subclass 189 visa, which is a permanent, skilled-based visa. This would not be the easiest application for a General Practitioner coming to Australia, due to the higher registration requirements. A GP must have either General Registration or Specialist Registration with AHPRA to be eligible for this visa type. For this reason, most applicants would have already been working in Australia on another visa before being eligible to apply for this. For the 2015-2016 financial year DIBP allocated 3,558 positions to GPs within the skilled migration program, however only 400 invitations were issued which is only 11.2% of the overall allocation. In our opinion, 400 Skilled visa applications out of 33,275 GPs in Australia is not exactly flooding the system. Considering these 400 would be the only reduction if they removed GPs off the list, it is more effort than it is worth.

Based on the evidence above, at this stage it is unlikely that General Practitioners will be taken from the Skilled Occupation List.
The article also argues an oversupply of doctors which our People recruitment team would refute. This is something we would like to go into in greater details however we have given you enough to think about for now. 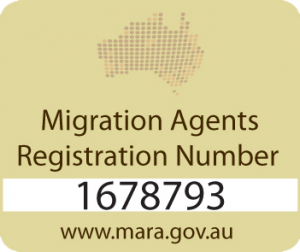 The Week That Was

I am a Permanent Resident, will I be eligible for a 3GA program in a MMM 1 area?

The Week That Was

Why does my clinic ask me to sign a statutory declaration when I leave?

If I take a career break, or return overseas for a period of time, does this affect my moratorium?